Dockerizing your Applications : Building Images and Working with Registries

In the previous session, we have learnt about various container operations such as running containers from pre built images, port mapping, inspecting and updating containers, limiting resources etc., In this chapter, we are going to learn about how to build containers for your individual applications, as well as how to work with docker hub registry to host and distribute the images.

Lab: Registering with the DockerHub

Visit the following link and sign up with your email id
https://hub.docker.com/ 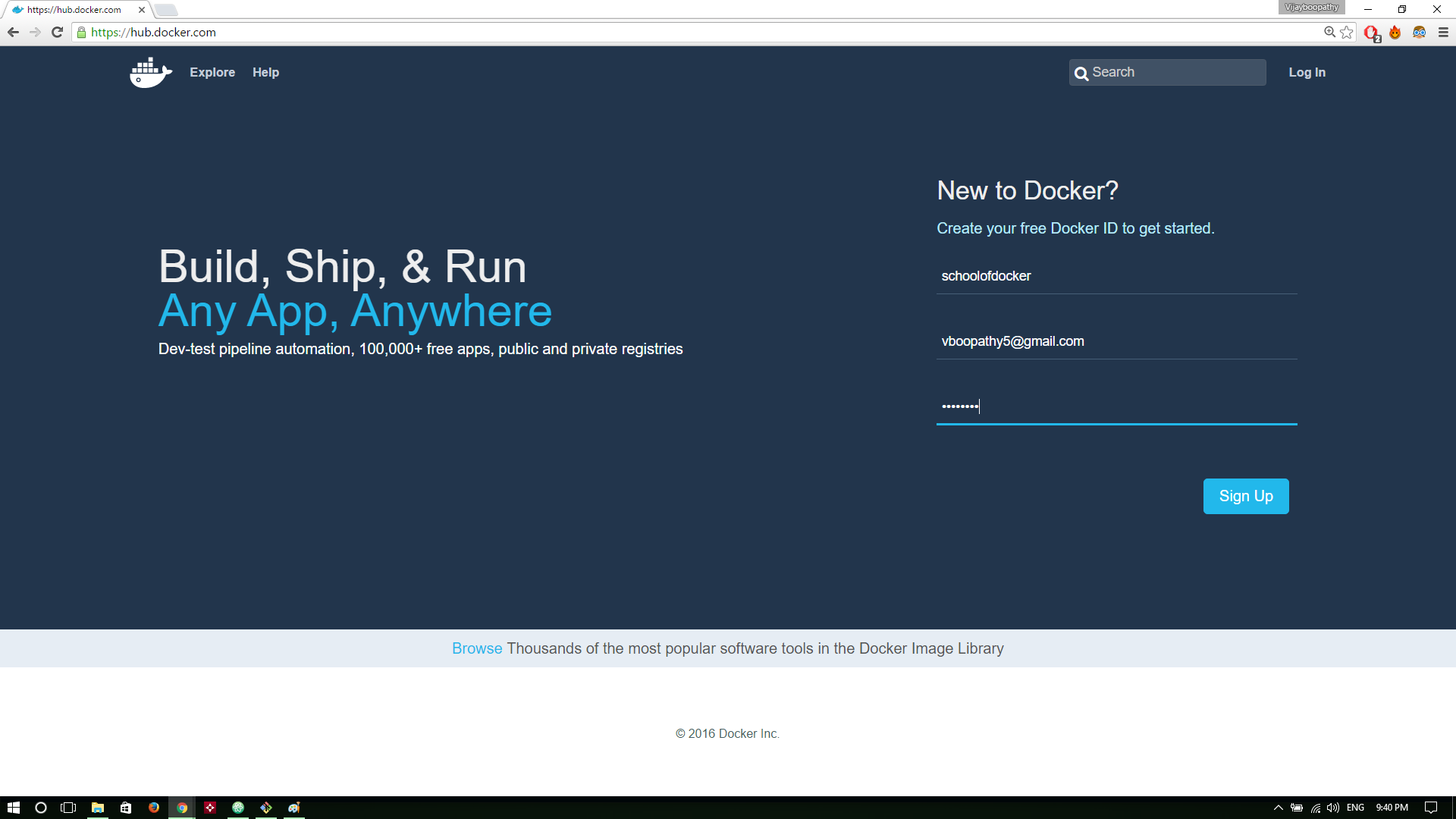 After clicking on the activation link, you will be redirected to a log in page. Enter your credentials and log in

You will be launched to Dockerhub main page. Now the registration process is complete and you have account in Dockerhub! 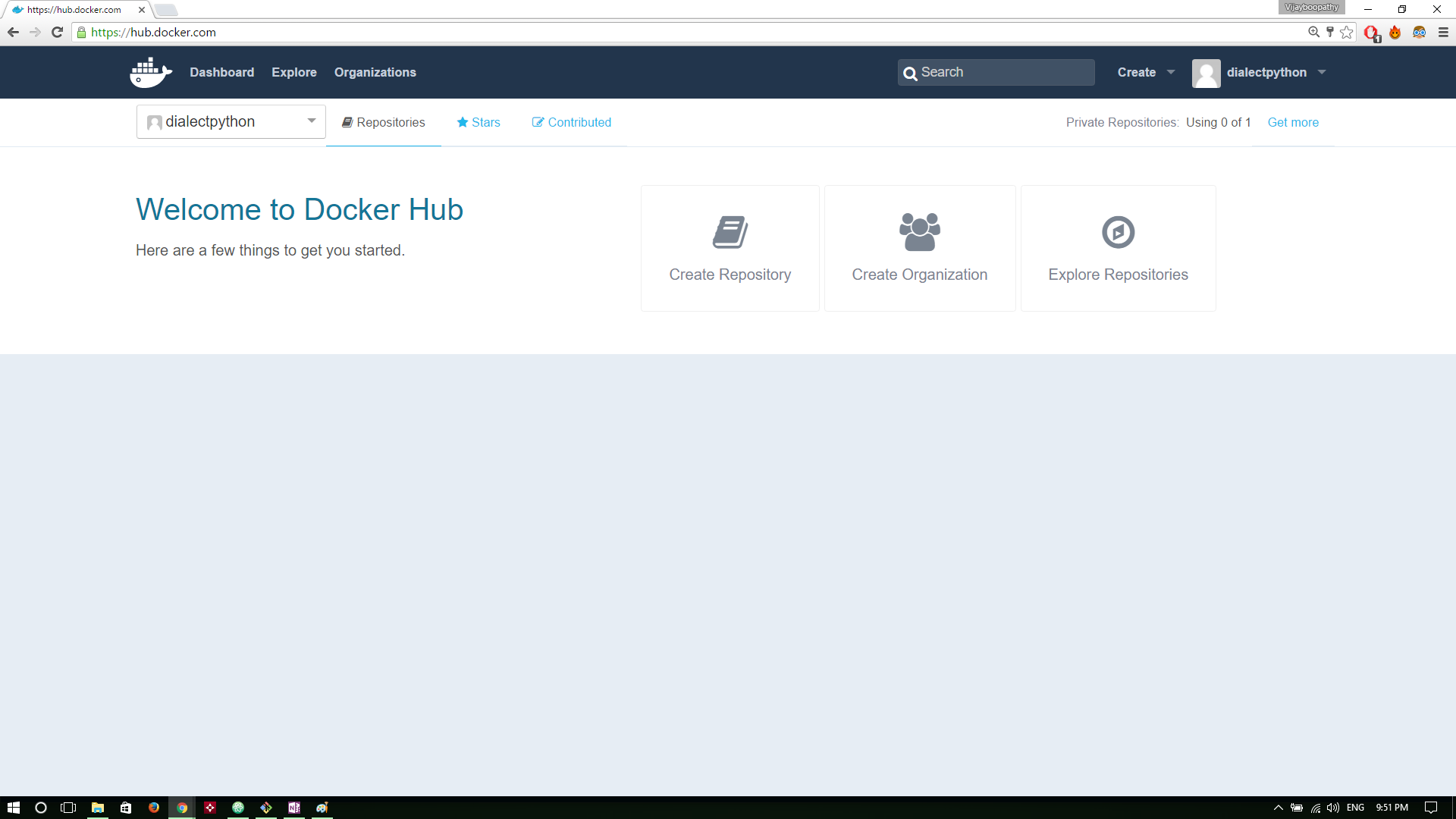 Before we start building automated images, we are going to create a docker image by hand. We have already used the pre built image from the registry in the last session. In this session, however, we are going to create our own image with ghost installed. Since Ghost is a node.js based application, we will base our work on existing official image for node

Create a Container with schoolofdevops/voteapp-mvn:v1 image

Copy over the Source Code

Connect to container to compile and package the code

Verify jarfile has been built

The above is the expected output. The worker app keeps waiting for redis and then later db in a loop.

Commit container to an image

Commit the container into a image as,

Test before pushing by launching container with the packaged app

Before you push the image, you need to be logged in to the registry, with the docker hub id created earlier. Login using the following command,

To push the image,

Now, lets build the same image, this time with Dockerfile. To do this, create a file by name Dockerfile in the root of the source code.

This time, it does not build everything, but uses cache.

Tag the image as latest,

Finally, publish it to the registry,